The Walking Dead, Volume 3: Safety Behind Bars opens with the group, led by Rick Grimes, searching for a place that they can call home. On their journey, they discover a prison, which looks to be a promising salvation for these weary travelers. But before this new residence can be called a permanent home, it must be cleared of certain inhabitants, zombies. In addition to the zombies, they meet Dexter, Axel, Andrew, and Thomas, prisoners who have been locked in the cafeteria.

Even though some of the prisoners have been incarcerated for various crimes, Rick’s group and Dexter’s group are coexisting because they have the basic necessities in life: food and shelter. Hence, life for them is great right now. Besides, when travelers are beyond exhausted and inmates are experiencing a new freedom and do not know how to survive in an apocalypse, it would make sense for them to live together in a peaceful manner.

Expectedly, the parents continue to experience challenges with raising their children, which requires more energy due to this apocalypse. Also, as with the previous volumes, death is inevitable in this new world. The loss of life will cause some of the residents to experience a hurt that will be everlasting. For the readers, they will ponder if there really is safety behind bars.

Who dies? Who is the murderer? Have the deaths fractured the relationships in Rick’s group? Have the deaths caused an end to the tranquility between both groups? How will the residents move forward together? What does Rick discover at Shane’s grave? Read this Volume 3 to find out the answers to these questions. Note: AMC’s prison storyline is much different than the graphic novel. Therefore, if you have not read the book, do so because you will be surprised.

Captured by the title and the cover, this book seemed interesting to me. But after I read the description, I checked it out at the library. Upon receiving this book, I immediately read it.

Based on an Irish tale, a Kate Culhane: Ghost Story will make its readers cringe, think aloud, and think twice about being in a cemetery or eating oatmeal. When reading this Irish folklore, I instantly liked Kate Culhane because she is strong, mentally and physically. She proves this when she accidentally stumbles upon a ghost’s grave.

Before even revealing itself, this ghost quickly starts making demands. He orders Kate to do things such as open his grave, carry him to a house on her back, and get him items while in the house. As I read this, I said aloud, “He sure is a bossy ghost, and she needs to tell it to do these things himself.” Remember, he is dead. However, I was really through with this demanding phantom when he orders Kate to eat the special oatmeal. I said, “He has lost his mind; I hope she passes on this meal!” Now, why he chooses to do what he does with the oatmeal is beyond disgusting.

When it is time for Kate to carry this obnoxious spirit back to his grave, he inadvertently reveals two things that he should have kept to himself. Then he tries to make Kate keep these secrets by taking her to his grave with him. Will Kate lose this battle with the pushy ghost? Will she ever find happiness? What does the ghost do to the oatmeal? Read this story to find out.

When it is time for Kate to carry this obnoxious spirit back to his grave, he inadvertently reveals two things that he should have kept to himself. Then he tries to make Kate keep these secrets by taking her to his grave with him. Will Kate lose this battle with the pushy ghost? Will she ever find happiness? What does the ghost do to the oatmeal? Read this story to find out.

In The Walking Dead: Volume 2, Miles Behind Us, Lori is having flashbacks about having to leave Rick because he is in a coma at the hospital. While trying to seek safety in their changing society, Shane, (remember him), helps Lori and Carl. In the midst of the madness, Lori and Shane find solace in one another. When Lori confesses to Shane, “I’ve wanted this for so long,” it makes me question if she chose the wrong man to marry. Unfortunately, Shane’s plan for “happily ever after” changes when Rick accidentally finds his family. However, Shane is no longer a threat to Rick’s family because he is dead…sorry Shane fans.

In addition to Rick, Lori, Carl, Andrea, Dale, Allen, Donna, Billy, Ben, Carol, Sophia, and Glenn, new members are added to the group: Tyrese, his daughter, Julie, and her boyfriend, Chris. They are looking for food and shelter, and just when they have nothing else to eat, they run into Rick’s group. When they begin to look for a decent neighborhood in which to live, they find Wilshire Estates. It seems like the group hits the jackpot, but this is not the case. Therefore, they immediately leave but without gathering food that was in the homes. While hunting for food, a terrible accident, which involves Carl, takes place, and the group meets Herschel Greene and his immediate and extended families. Herschel has six children: Lacey, Arnold, Maggie, Billy, Rachel, and Susie. Otis and his girlfriend, Patricia, are his extended family.

In this new world, Rick Grimes’ group is learning that nothing and no one can be taken for granted. They are appreciative for the smallest things, such as showers, commodes, beds, food, and even space. Rick and Tyrese even miss watching NFL football games, but Tyrese misses it more because he is an ex-NFL player. However, some things, such as discipline, do not change. These parents still guide their children if they do something that can put them in harm’s way. This apocalyptic world is causing these parents to be more protective of their children than ever before.

Consequently, this new way of life is definitely challenging the group. Tempers flare, teenagers know it all, and decisions and actions are questioned. Logic is what this group needs the most, especially when Herschel tells Rick that it is time for the group to leave his farm. Find out how they manage in The Walking Dead: Volume 2, Miles Behind Us.  Be on the lookout for my next review on The Walking Dead: Volume 3, Safety Behind Bars.

Night of the Living Dead and its many sequels. Zombie Apocalypse. Swamp Zombies. Scooby Doo on Zombie Island. Redneck Zombies. Pride and Prejudice and Zombies. Land of the Dead. Kung Fu Zombie. Abraham Lincoln vs. Zombies. Zombies in Tha Hood. As if you could not guess, these movie titles are all about zombies. Zombie movies have been around since the early 1900s, and they probably will not be going anywhere any time soon.

From the big screen to the television screen is where one can also see zombies. One such popular show is The Walking Dead. TheWalking Dead first aired in 2010 on the AMC TV channel, and now it is in its ninth season. Hence, one can conclude that it is a huge success. Because I was impressed with the first season, I became a huge fan of the show. At that time, I did not know that The Walking Dead was based on the graphic novel. Since I am forever reading, I decided to read the graphic novel.

Although The Walking Dead is an awesome television show, the graphic novel is even better. If a person follows only the AMC version, then he or she will not know the original storyline because the television version is different from the graphic novel version. If you have not read The Walking Dead: Volume 1, Days Gone Bye, then you are in for a surprise and expect some twists and turns. 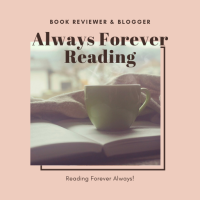