A Stain of Shame and Darkness Descended Upon on America

When his father unexpectedly dies, James (Jimmy) Montgomery, III learns that he is biracial, the “mother” who raised him is not his biological mother, and his birth mother is black. After the funeral, Jimmy attends Columbia University at the expense of Mrs. Montgomery as long as he does not cause any “trouble”. If and when he graduates, Mrs. Montgomery’s business arrangement with Jimmy will be complete, and they will never again see one another.

Now, a Columbia graduate, Jimmy moves to Harlem to live with Benjamin, the family cook. He must also decide whether to live his life as a black man, as a white man, or as a man living in the “middle”. Because this is not an easy decision to make, Benjamin and Milton Washington, his soon-to-be best friend, guide him; however, Jimmy is the one to make the final choice.

While living in Harlem, Jimmy is adjusting to life, and it seems to be going okay until he has an encounter with some white men. It is this trouble that causes him to leave Harlem, and Benjamin urges him to visit his mother in Tulsa, Oklahoma. Upon his arrival to Tulsa, the Greenwood community (Tulsa’s black neighborhood) is not so accepting of him even though his mother is a well-respected member. But lovingly, Jimmy’s mother accepts her son into her life, and he finally learns what it means to have a mother’s unconditional love. However, if readers are familiar with the Tulsa race riot of 1921, then they can deduce that Jimmy’s arrival in Greenwood is not the end of this story; it is only the beginning. Living in the Middle will take readers on a historical journey before, during, and after the 1921 race riot in Tulsa, Oklahoma. However, readers should be prepared to experience emotions that will make them shake their heads in disgust.

Because I read Death in a Promised Land: The Tulsa Race Riot of 1921 by Scott Ellsworth, A. Robert Allen sent me an email to ask me if I would provide an honest review of Living in the Middle. The title alone captured my interest, so I agreed to read this novel. Allen’s novel makes readers feel as if they are living during this era and experiencing every occurrence that takes place. It also depicts these events in an accurate manner, which will make his audience question why and how mankind could be so cruel to one another. This book forces individuals to see the stain of shame and darkness that descended upon America. Moreover, Living in the Middle is a thought-provoking, informational, and suspenseful novel that I truly enjoyed reading. After reading this novel, I plan to read other books by Allan. Lastly, I would also like to thank A. Robert Allen for asking me to write this review. 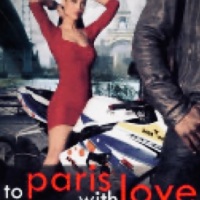