If you never knew that Tulsa, Oklahoma experienced racial strife, then you need to read Scott Ellsworth’s book, Death in a Promised Land: The Tulsa Race Riot of 1921. Ellsworth provides details about the racial tension between black and white Tulsans, which eventually led to the 1921 riot. But before this infamous upheaval, Tulsa’s black community was extremely successful. This is evident as there was not one but two churches that served this population: “Vernon African American Methodist Episcopal Church and Macedonia Baptist Church” (Ellsworth 12). Moreover, Black Tulsa, as it was known, had prominent citizens and successful businesses. Black Tulsa was rapidly growing, “and by 1921, there were almost 11,000 blacks and the community counted two black schools, Dunbar and Booker T. Washington, one black hospital, and two black newspapers, The Tulsa Star and the Oklahoma Sun. Black Tulsa at this time had some thirteen churches and three fraternal lodges–Masonic, Knights of Pythias, and I.O.O.F.–plus two black theaters and a black public library” (Ellsworth 14). Due to this success, Tulsa’s black business district became known as the ‘Negro’s Wall Street'” (Ellsworth 15). Unfortunately, the looming destruction of this thriving community was swiftly approaching. Find out what happened to this once successful district. However, as you read this book, be prepared to experience feelings of disgust, sadness, and anger.

Consisting of only five chapters, this book is not difficult to read. However, it is the content that makes this book challenging to read. Simply put, Ellsworth does not sugar coat this information. In addition, after reading Death in a Promised Land: The Tulsa Race Riot of 1921, I am motivated to learn more about this tempestuous period in Tulsa. Hence, I will read some of Ellsworth’s listed sources that I recorded in my “to be read” list and other published books about this topic. Lastly, remember that it is important to learn about and understand our history so that we, as American citizens, can improve the country in which we live.

A huge thank you to Stace for recommending this topic to me. Love you much!!! 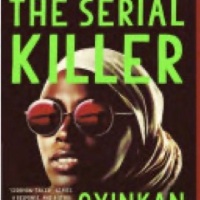 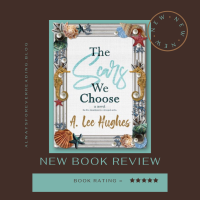